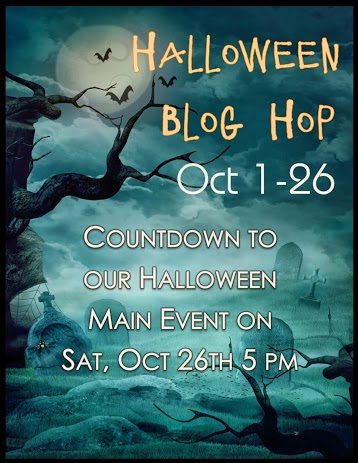 Welcome to Anna’s World. I am taking part in Sable’s Halloween Blog Hop today and I want to share  a true to life ghost story that was told to me by a friend. I am familiar with this bit of local folklore and thought it would be fun to let all of you read it during this Halloween season.

Huron, IN is a small town located in southern Indiana and it is also the home of a real life ghost story.  The local cemetery is the home of a headstone with a chain link that grows each year. The stone has been replaced numerous times, but the chain just keeps appearing. The story goes that the chain represents the love of a man that was in the army and his girlfriend that waited for him. They were going to get married before he left, but his parents kept them from seeing each other and from getting married when they heard about the news. He went off to the war and she waited for him even though they couldn’t be together. The guy was killed in the war and they brought his body back here for a proper burial. The young girl attended the funeral, but she stood across the road and watched it from a distance. They say that today you can see the chain glow at night, and sometimes during the day you can see the young lady dressed in black standing on the other side of the road watching the funeral.  I researched this story as part of a Folklore class that I took at Indiana University.  The day I visited the gravesite, I could sense that I was being watched.  When I looked around I saw, what appeared to be, a woman in black dress, a veil covered her face, and then she disappeared.

Wow! Gave me goosebumps, how about you? We all have a ghost story or have heard one, but this one is a well-known story in the area I grew up in. People actually do visit the gravesite in hopes of seeing the chain grow another link or to catch a glimpse of the young girl dressed in black…

Now that I’ve treated you to a proper ghost story and haven’t tricked you, how about a contest? I’m giving away an ARC copy of Isabella Kole’s Accepting His Terms. She’s the spicier side of Anna, you know. I’m also giving away a signed paperback copy of Remember Our Promise and an Anna Kristell tote bag.

All you have to do is provide me with a pic of your Halloween decorations…from this year or years past. At the end of the blog hop this weekend, we’ll pick the best one, that’s all there is to it. So get out your cameras or your old pics and get busy! We’ll post the winner’s pic here next week.

Email your pics to: lee_vanhoy@hotmail.com and I, along with my assistants, Anne and Lee, will pick a winner. 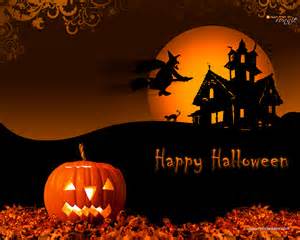