Hello and welcome back to Anna’s World. I’d like to take a moment and wish a Happy Mother’s Day to all my readers and especially to my own Mom, Patty Kalb, in Plano, TX.

This week it is an honor for me to welcome my friend, John Adam Murph, also known as JAM to his friends and fans, to Anna’s World. If you’ve been following this blog or my Facebook page, you know that John and one of his love ballads, Don’t Forget Me, are mentioned in my upcoming release, The Road To His Soul. This is the third book in my Fab Five series from LazyDay Publishing and will be available in e-Book format on May 22nd at Amazon.com, Barnes&Noble.com and AllRomance.com

In the story, the hero Colt and heroine Kendyl have been attracted to each other for some time, but have only recently begun to do something about it. As they enter into a relationship, Colt must spend time away from his new love, time and time again, as he travels on business for this family’s business while his dad is recovering from a heart attack. On one of his trips, he is introduced to the music of John Adam Murph, and immediately takes a liking to the song, Don’t Forget Me, as the words portray the relationship he has with Kendyl. He plays the song for her when he returns home and they decide from that day forward, this is “their” song.

I met JAM about five years ago, on a social media site for country songwriters, musicians, and fans. At that time, I was dabbling a little with lyrics and thought it might be a good place to make contacts. When JAM told me he would be performing at the Linton Music Festival in Linton, IN that Labor Day weekend, I made plans to attend, since it wasn’t far from where I lived. My husband was ill, so my daughter accompanied me. We spent some time that day with John and his band members, and he gave us both an autographed CD. We fell in love with his music. When I got home and played the CD for my husband, he also became a fan. Over the years, we kept in contact through the social media, and when I got my first publishing contract, JAM was one of the people I contacted to let him know my good news. He was happy for me, and while writing The Road To His Soul, I was listening to John’s CD, when it hit me how perfect Don’t Forget Me would be as the love song for the couple in the book. I contacted him to ask if I could mention him and his song in the book, and immediately he replied, “Of course you can. Anything I can do to help.” That’s John. Simply stated. Always willing to help. He told me he had a new CD out and he mailed me a copy. Before long, I became friends with his marketing manager, Kurt Liebetrau, another just super nice guy, who has helped me with some book marketing along the way.

Who is John Adam Murph? I’m going to post his BIO, so you can see for yourself who this man is and learn a little about his music.

Listen to the love song of Colt and Kendyl: 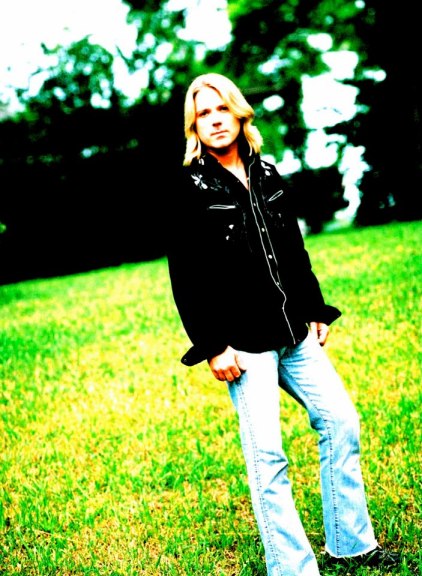 John Adam Murph (JAM) is no stranger to the stage. At age 5 he caught the ear of kindergarten music teacher Mike Davis in a small town in south Alabama. Davis took JAM under his wing, pulling him out of class and staying after school to rehearse song after song – all different styles ranging from Vegas show tunes to Hank Williams Sr. At age 6, with permission from JAM’s parents, Davis entered JAM in his first talent competition. At the ripe old age of 6 JAM had his first victory under his belt. That was it, the passion for song and stage was in his blood. Continuing to perform and work with Davis for the next 2 years, JAM was about to endure one of the many things that shaped him as a songwriter and a vocalist. Pain.

It was early one spring morning. JAM was listening to music and singing away in his room when his mother asked him to come out she needed to talk to him. He came out and sat down on the fireplace. JAM’s mother informed him that Mike Davis, his beloved music teacher, had been shot in the head and killed in a hunting accident. Devastated, JAM gave up singing. Despite the support of his family and the community rallying around him, he was done singing. Still with the love of music pumping through his veins, he picked up a pair of drum sticks and buried himself in percussion.

JAM’s family relocated to Georgia. During this time, JAM was becoming quite a drummer, winning several drumming competitions in trap set etc… At 12 years old JAM could not resist the urge to sing again. He continued drumming, playing in several different bands. Then JAM picked up a guitar and the song was on. Listening and playing several different styles of music, JAM realized that country music told real life stories. Stories that were told by good and bad and singers like George Jones, Merle Haggard, Waylon Jennings and others. Their ability to deliver these lyrics was astonishing to JAM. JAM started writing, playing, singing and laying the foundation for his future.

At the age of 14, he started playing honkytonks and nightclubs around Atlanta. Because he was not yet old enough to be on the bar scene, the club owners would make JAM go and sit in the kitchen between sets. Growing up so fast, JAM decided to take a break from music to pursue a business opportunity in Montgomery, Alabama.

After a while JAM could not ignore his passion for the song and stage. JAM put a band together in Montgomery immediately breeding success playing clubs everywhere, festivals, fairs etc…JAM won several “battle of the band” competitions earning opening spots for artists such as Jo Dee Messina, David Allan Coe, Steve Azar, Nashville String Machine and so many more. JAM was also the only unsigned artist to ever headline Zoo Fest. JAM was making noise down in ‘Bama and Nashville started to take notice.  A prominent producer in Nashville contacted JAM and asked him to meet. After the meeting JAM pulled up roots and moved to Nashville.

Immediately after getting to town, JAM was in the studio making music, and damn good music. JAM’s songs started turning the heads of Nashville’s most successful songwriters. JAM started writing with many of them. JAM was selected for CRS (Country Radio Seminar) “Nashville’s Next Big Thing” category. JAM inked a management deal with Nashville veteran Judy Seale of JSI Inc. JAM entertained the 911 first responders at the Brooklyn, NY fire department, literally singing for his supper. Playing shows all over the globe, JAM has sold out concerts in Sweden, Denmark, Holland and Switzerland. JAM’s patriotism and support for the military has taken him to Iraq seven times with artist such as Charlie Daniels, Darryl Worley, Lonestar, Mark Chestnut, Cheley Wright, Filter, etc.. The new record is done!

JAM is jerking country music up by the roots and shaking the pop off!

You can find out more about John and listen to his music, or order a CD on his website: http://www.johnadammurph.com/
“Like” his Facebook page : https://www.facebook.com/fansofJAM?fref=ts
Follow him on Twitter: https://twitter.com/johnadammurph
I’d like to thank John and Kurt for their help in this venture of mine and thank both of them for being guests on my blog.
I hope you’ve enjoyed reading about JAM. Check out his website. Next week, I’ll give you a sneak peek into The Road To His Soul, so stop back by. Until then, stay safe and have a great week.               Love, Anna